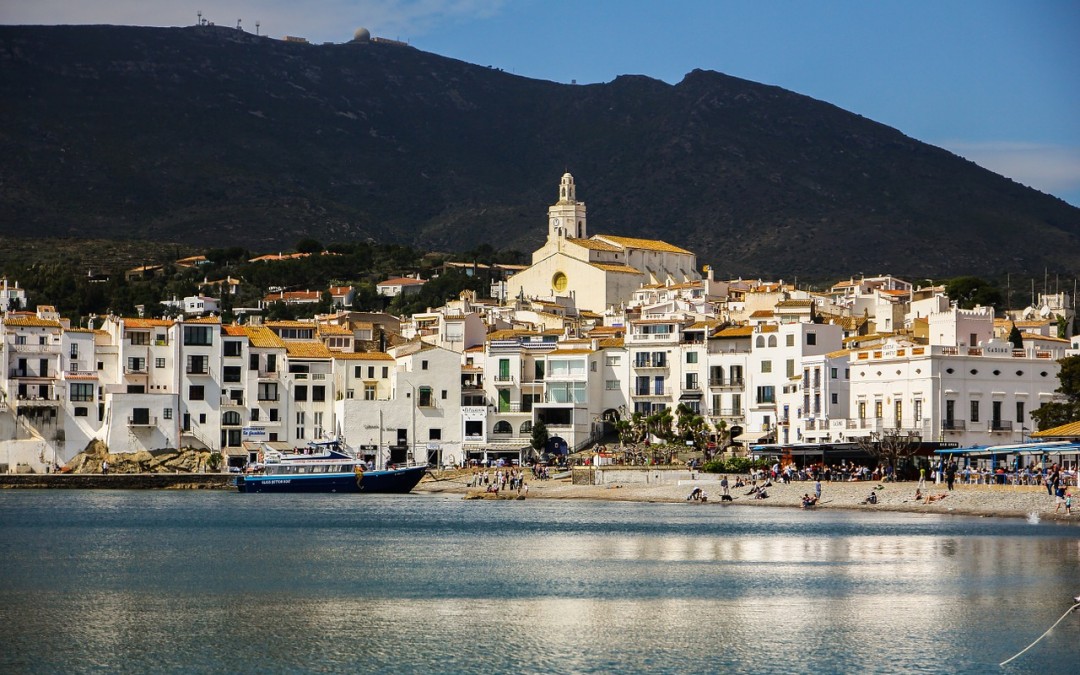 Cadaqués is the most Eastern village of the Iberian Peninsula.
Its location between rock mass and the sea create a special atmosphere of this picturesque village.
At the highest point of the old town you find the Santa Maria Church. It is a late Gothic building, which begun in the mid-sixteenth century and finished in the eighteenth century. Inside we find a prodigious Baroque wooden altarpiece made in 1725 and gold in 1788, designed by Jacinto Moretó and carried out by Pau Costa.
The Church of Santa Maria appears as a point of reference in many pictures of Cadaques.

Th fishing activity has lost much importance, now tourism is the most important part of the economy of Cadaques.